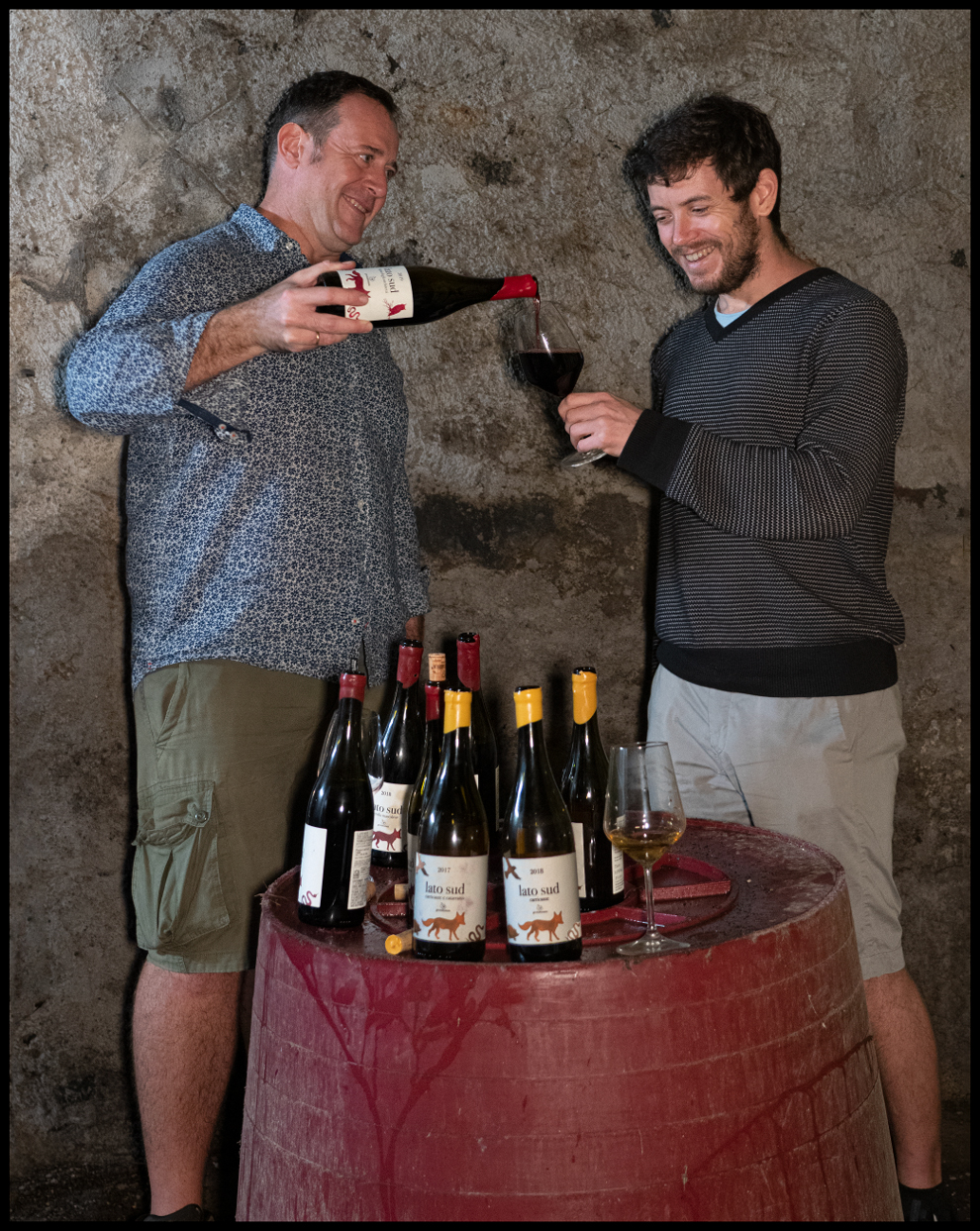 We can finally answer this question thanks to the latest release from Grottafumata, a dynamic young estate run by Mauro Cutuli and Mariangela Prestifilippo. Never did we think, upon tasting their stellar olive oil several years ago in a wine bar on Mount Etna, that we would be dealing with a rising star of Sicily’s winemaking scene. But when Mauro reached out the following year to let us know the couple had vinified their first Etna bianco and rosso, we couldn’t refuse a tasting.
Grottafumata is, in a sense, the antithesis of many of the changes Etna has seen in recent times. As multinational wine brands have settled looking to cash in on the Etna name, bulldozing vast swaths of land in preparation for planting and erecting super-wineries overnight, Mauro and Mariangela have gone back to the roots. They painstakingly sought out great vineyard sites planted to old vines, making deals with old contadino farmers no longer interested in working the steep land. They grow the fruit organically and vinify it naturally in rented cellar space, and the results—tiny volumes of wines infused with Etna’s exotic, smoky aura—speak for themselves.
Grottafumata’s 2019 rosso showcases Nerello Mascalese up to one hundred years old, fermented and aged in tank, bottled unfiltered with barely any sulfur. We’ve heard of Etna reds being called “Burgundian,” and comparisons with Barolo are not unfounded, but what about Beaujolais? Featuring the silky, juicy texture and brightly perfumed red fruit of great cru Beaujolais along with the volcanic grit of old vines rooted deep in decomposed lava stone, this is an irresistibly joyful expression of Etna, unlike any other we have tasted.

by Anthony Lynch
It was a swampy summer afternoon in Beaune (yes, it does get hot in Burgundy from time to time) when I first tasted Giulia Negri’s wines. Not t...