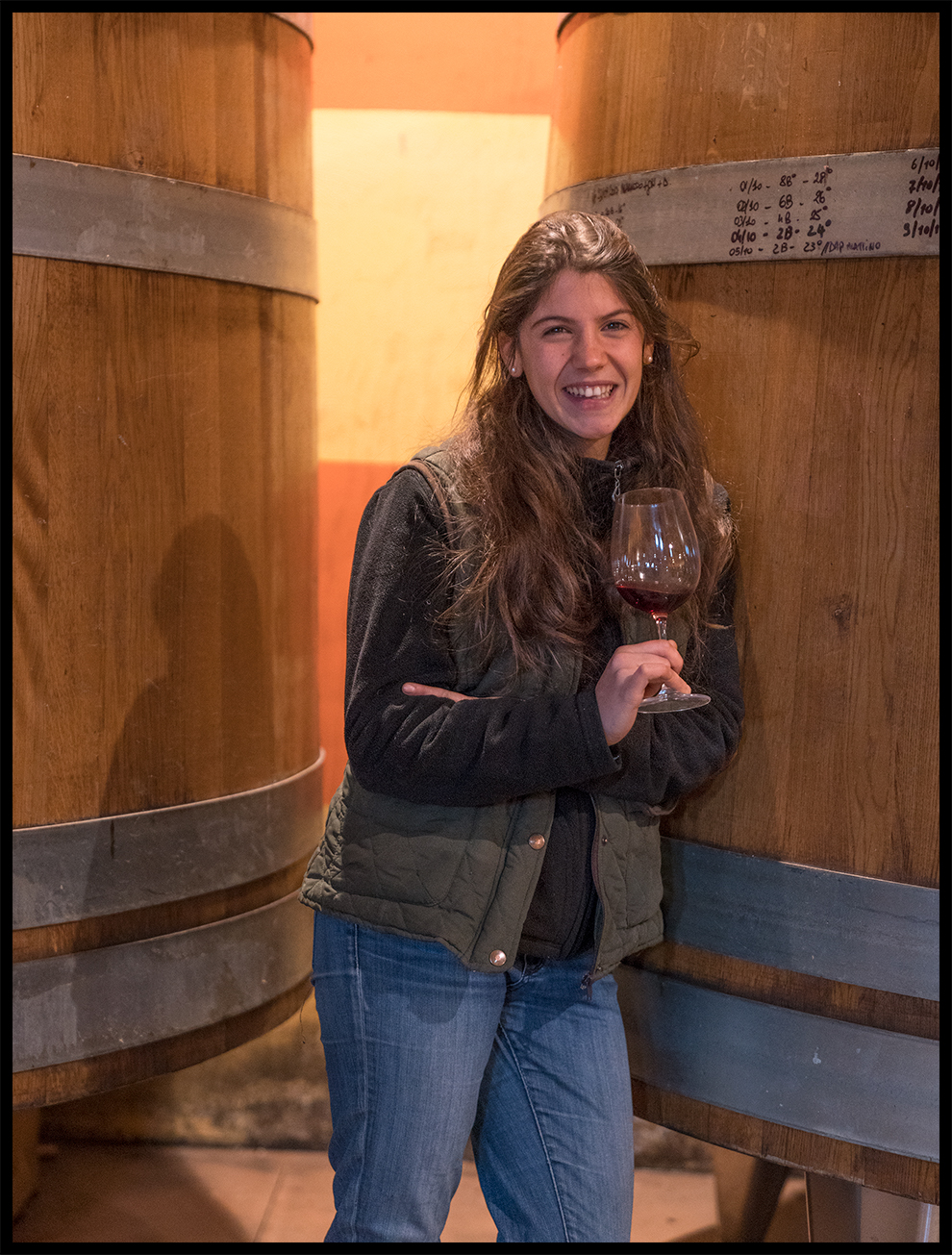 It was a swampy summer afternoon in Beaune (yes, it does get hot in Burgundy from time to time) when I first tasted Giulia Negri’s wines. Not the ideal conditions to best appreciate young Barolo, you might think, and you’re entirely right—a kir or an ice-cold pilsner would have been a more refreshing choice that day. But being professionals, my colleagues and I did our due diligence, and through beads of sweat, we sampled the creations of a young woman from La Morra, a commune reputed for the elegance and ethereal perfume of its Nebbiolo.
Several months later, I found myself standing in Giulia’s cellar, swirling a wine grown from the highest vineyards of the entire Barolo appellation. Surpassing five hundred meters in elevation, the cru Serradenari represents the future of Barolo in a warming world, and the same could be said about Giulia. Barely into her thirties, she already boasts a handful of impressive vintages under her belt, and her respect for the region’s traditional winemaking practices such as extended macerations and aging in large casks allows her to draw the most from what is decidedly a special site.
A Burgundy fanatic—a trip to the Côte d’Or proved to be the spark that definitively ignited her passion for fine wine; she would return no less than six times that same year!—Giulia has extensively studied the subtleties of her own terroir, searching for the nuances responsible for diverse expressions of Nebbiolo within her holdings. From sandy clay soils, she fashions the generous, silky Tartufaia, a Barolo bestowing immediate pleasure through its gentle fruit and harmonious tannin. Higher upslope, on sand and marl, she crafts the beautifully pure, lifted Serradenari, its high-toned floral notes delivered with pinpoint precision. And then, from a small limestone plot at the very top of the whole appellation, there is Marassio: a dense, earthy Barolo reminiscent of wild fruit and spice, whose chalky tannins grip the palate in a stunning display of power and finesse.
We can’t speak highly enough of this newcomer who has burst onto the scene in Piedmont. Pulling one of her aged Barolos from your cellar in several years’ time is sure to be a momentous occasion.

La Tartufaia is a divinely atmospheric truffle forest in the heart of La Morra where Giulia’s vineyards run parallel. The wines produced here, from clay-rich soil, are textbook examples of classically structured Barolo typical of the area. Rounded tannins, salty minerality, and pure Nebbiolo fruit make this wine an essential selection for any cellar, especially in such a stellar vintage.

Added to Your Favorites Add to Favorites
$63.00

At 520 meters above sea level, the Serradenari cru is home to the highest vineyards in the Barolo appellation, with sweeping views of the Langhe hills and snowcapped Alps on the horizon. I can’t imagine it would get old working amid this scenery, but that’s not to say the work is light. Giulia’s painstaking attention to detail in these sandier-soil parcels, and deliberate choices in the cellar, result in wines with a fine grain, spiced tannins, and a celestial nose of peony and rose petal.

Added to Your Favorites Add to Favorites
$89.00

At the very top of Serradenari, Marassio is the highest point in all of Barolo. Unusual for La Morra, the soil here is rich in limestone with veins of chalk, giving Giulia’s most dense, profound, earth- and mineral-driven Barolo—a masterpiece to revisit in five, ten, or twenty years.

Added to Your Favorites Add to Favorites
$132.00

by Anthony Lynch
Grottafumata is, in a sense, the antithesis of many of the changes Etna has seen in recent times. As multinational wine brands have settled looking to...