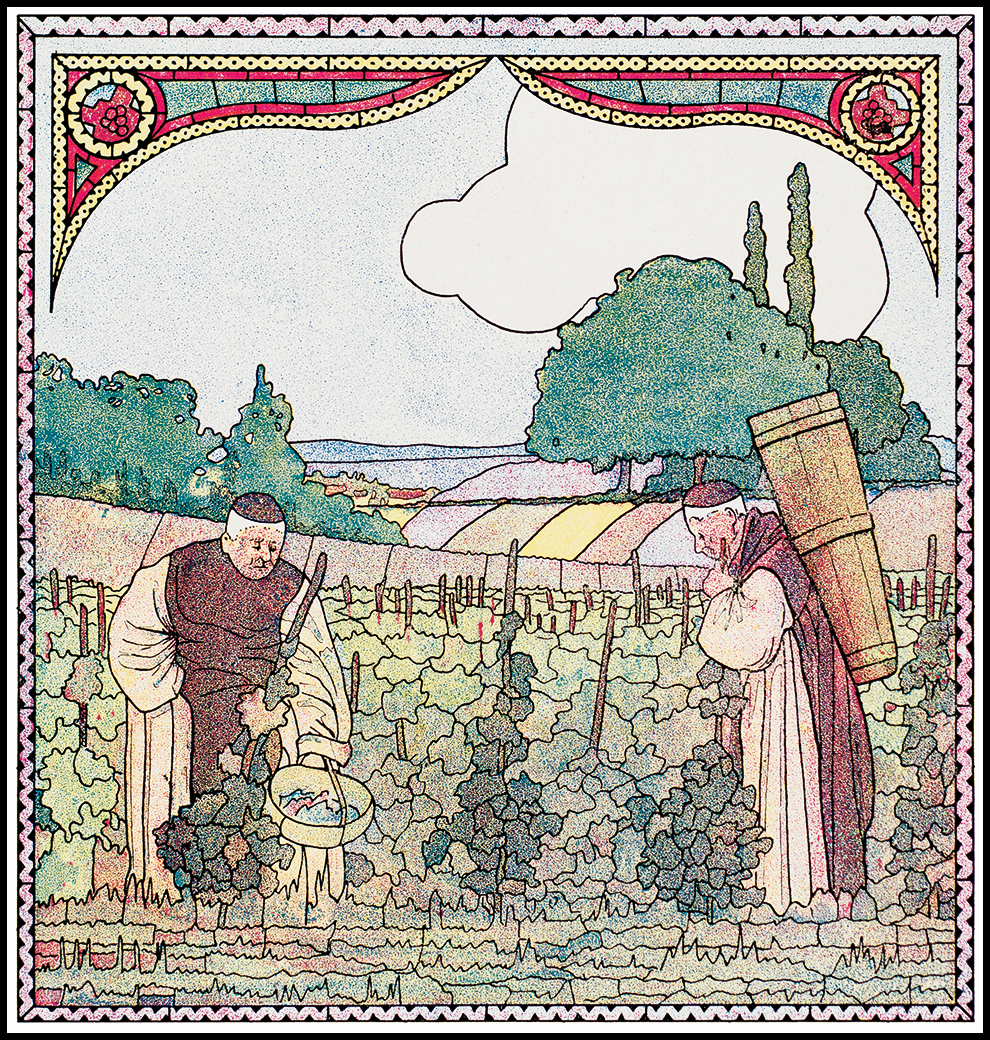 In 1395, Philip the Bold, the Duke of Burgundy, banned Gamay from his holdings in the Côte d’Or, calling it a “disloyal” plant. It seems that Philip’s subjects were flouting custom by planting Gamay in the best vineyard sites and adding it to their Pinot Noir. These medieval vignerons valued Gamay for its high yields and ease of cultivation, as well as the rich fruitiness of the wine—insurance against the vagaries of fickle Pinot Noir. But in banning the grape, Philip was thinking with his coffers as much as with his palate, because the reds of Burgundy were not only a source of pride and revenue but also a political tool, with barrels sent to leaders all over Europe. A hit to Burgundy’s reputation, real or perceived, could be serious. So Gamay mostly disappeared from the Côte d’Or. The hardy vine’s attributes were not forgotten, however, and a few centuries later it was firmly established in a new area south of the Côte d’Or, Beaujolais. Fast-forward a couple more centuries, and wines made from Gamay are beloved the world over, and are some of the most popular wines we sell.
This sampler celebrates Gamay in all its iterations. There’s a refreshing rosé from Dupeuble and an off-dry, fizzy rosé from Patrick Bottex in Bugey, near Savoie. And, of course, there’s the whole gamut of reds from Beaujolais: easy-drinking Beaujolais-Villages from Harel, Foillard, and Guy Breton; structured reds from the famous crus of Fleurie, Régnié, and Morgon; and a well-aged bottle from the epic 2015 vintage. Given the huge strides in Gamay viticulture and winemaking we’ve witnessed in Beaujolais during the past few decades—not to mention the sheer deliciousness of the wines—it’s easy to see a silver lining in Philip’s decree, 600 years in the making.

More from the December 2022 Newsletter

From the Cellar
Château Aney

by Tom Wolf
We found ourselves with an uncommon treat on our hands when this red wine arrived in Berkeley recently. First, it’s not often that we are able ...

Values of the Month
Western France

by Jane Berg
The building blocks of a good cellar are the wines you reach for frequently, the wines that are reliably pleasurable and never too precious to br...

by Dixon Brooke
You will be hard-pressed to find a more “classic” rendition of this storied wine. Geggiano is located in the subzone around Castelnuovo Berardenga...

by Tom Wolf
Insolite means “uncommon” or “exceptional” and refers in this instance to the wine’s terroir: ninety-year-old Chenin Blanc vines planted alo...

by Chris Santini
The Guillemots keep it simple—and, most important, keep it really good—by making a single, exceptional Bourgogne rouge. It offers sparkle ...

by Jane Berg
This Bandol Rosé from Agnès Henry of Domaine de la Tour Bon hits your senses like a cool breeze off the calm waters of the Mediterranean Sea. I...

by Anthony Lynch
Riofavara is our grower in southeast Sicily, outside the baroque town of Ispica, where glorious platters of seafood crudo drizzled with...