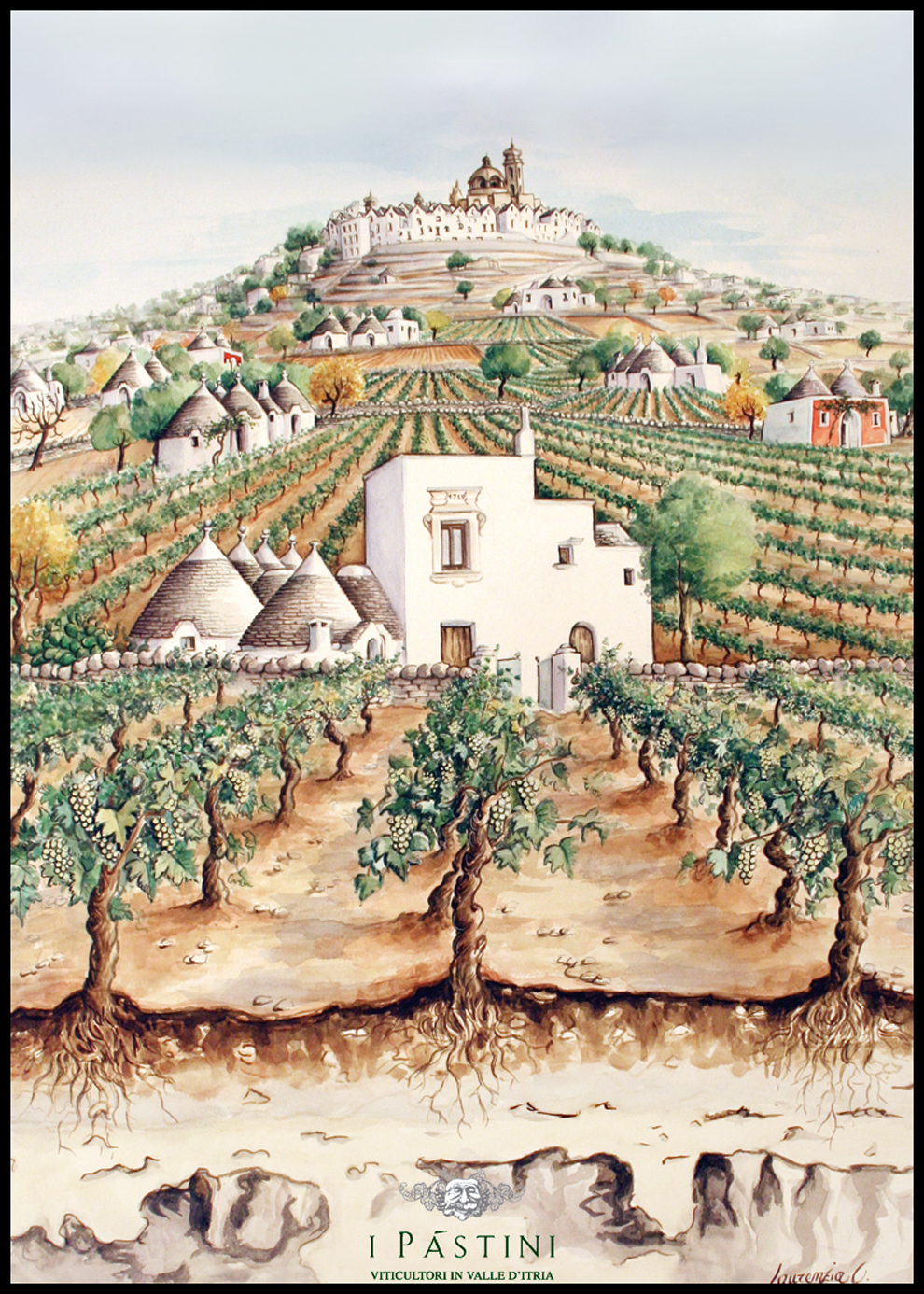 Our first-ever foray into the heel of the Italian boot might not be what you expect. It certainly wasn’t what I expected! On a trip there last July, I discovered a terroir perfectly suited to producing dry, aromatic white wines of character and freshness. Puglia is the likely birthplace of Italian wine (and, as follows, French wine!), with the vine originally traveling here via Greek settlers who crossed the Adriatic channel. Today it is the second-largest producer of wine out of Italy’s twenty regions. Most of it is red. I Pástini is a small, family-run winery in the Valle d’Itria in eastern central Puglia. Gianni Carparelli and his father, Donato, founded I Pástini so that they could bottle their own production from land used by their forebears to grow wine grapes for sale. Their organically grown grapes thrive on a limestone plateau co-planted to ancient (multi-millennia-old!) olive groves overlooking the Adriatic Sea. Located roughly in between the coastal towns of Brindisi and Bari, the Valle d’Itria is made up of a dozen or so small, agrarian towns distinguished by their trulli, conically shaped stone structures that historically served to house people, store grain and other foodstuff, and shelter livestock. The Carparellis produce a beautiful range of white wines, and I am excited to introduce you to two of them here.

Made from the local Verdeca grape (which is genetically similar to Verdicchio in Le Marche), this stimulating dry white is a wonderfully versatile table wine that is crisp, floral, herbaceous, and cleansing. A perfect introduction to I Pástini’s style, it is the type of white you might like to consume often and plentifully.

Added to Your Favorites Add to Favorites
$19.95

The magic of Rampone is the result of the intriguing Minutolo grape, a Pugliese originality, isolated and propagated by I Pástini. It is distinguished by an incredible perfume of sweet lime blossoms as well as a gorgeous palate that balances savory, salty, floral, and fruit elements. Try it with simply prepared white fish, with great olive oil, wild herbs, and olives. I hope you enjoy it as much as I do!

More from the March 2020 Newsletter

by Kermit Lynch
At my home near Bandol, I’m planting the hillside in white grapes. My son and I decided on a blend: 40% Vermentino, 40% Marsanne, 20% Terret Blanc. ... 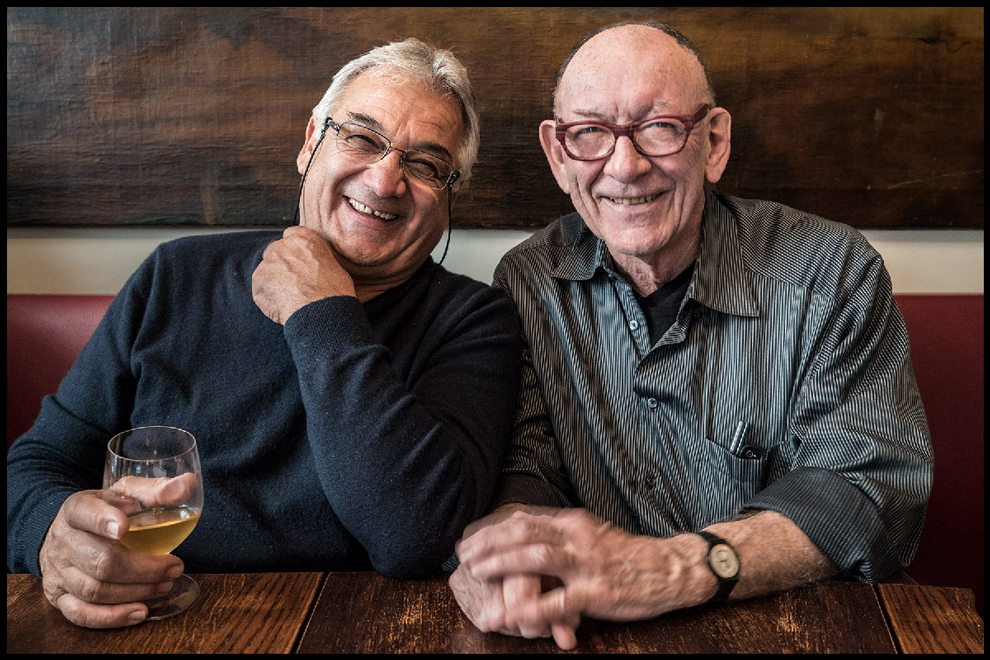 by Chris Santini
When you drive into Givry, an old, faded sign on the road announces you are entering the cru that was once the preferred drink of King Henri...

by Anthony Lynch
A recent visit to Guido Porro’s cellar in Serralunga d’Alba confirmed my speculation that this humble, reserved vignaiolo has taken the ... 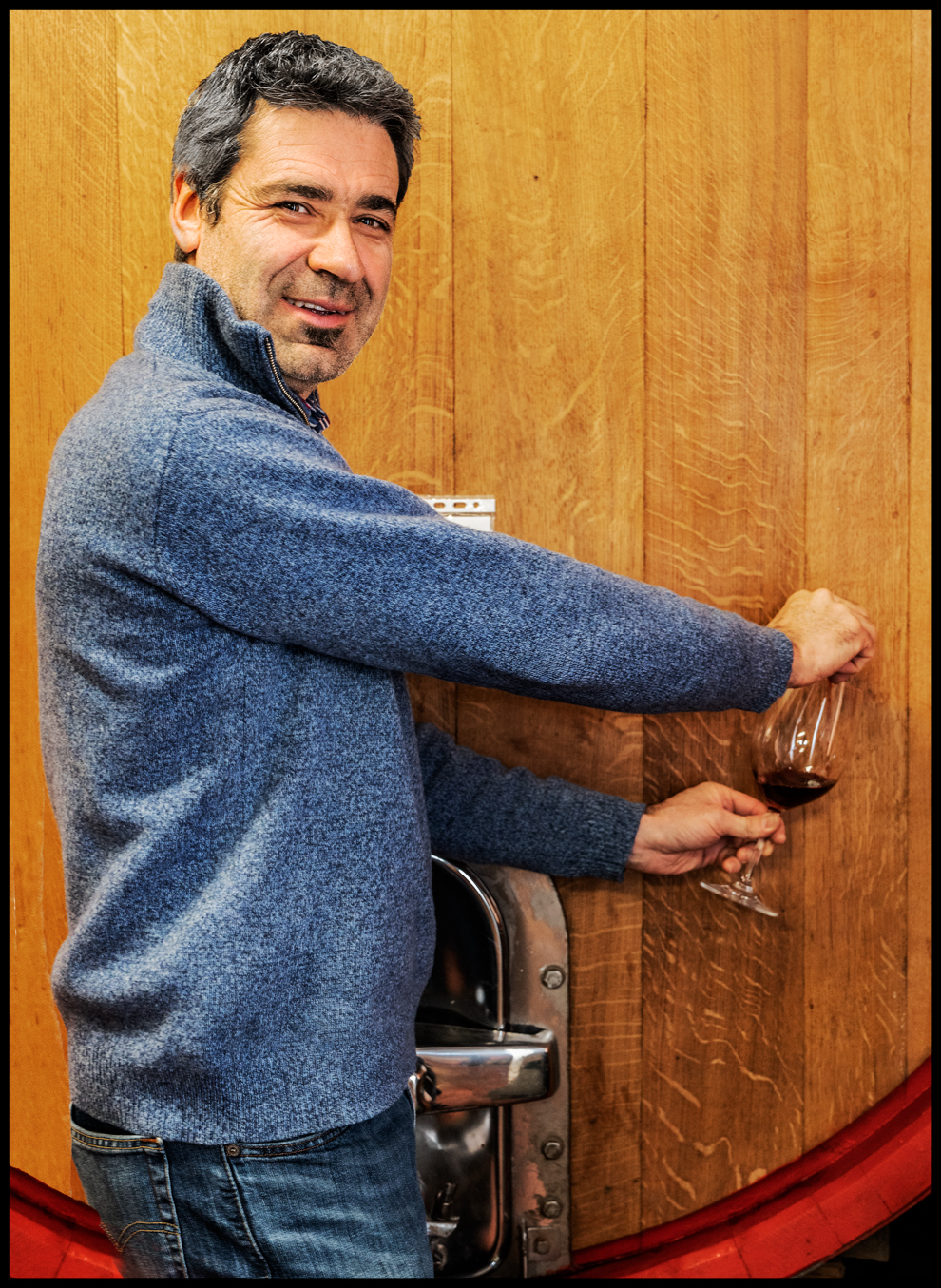 by Anthony Lynch
From his cellar in the Valle Isarco, a picturesque valley nestled high in the Dolomites near Italy’s border with Austria, Manni Nössing is perpetua...

by Jennifer Oakes
What do you do when life gives you “lemons”? If you’re a vigneron in France’s Jura region...