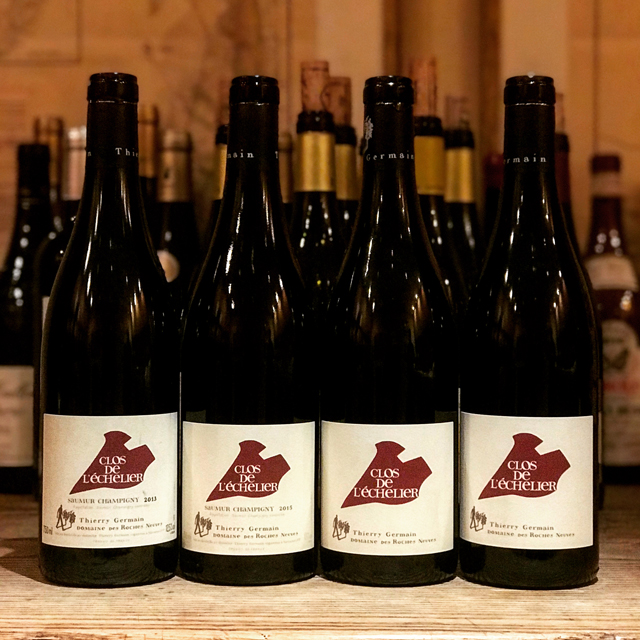 Thierry Germain’s Clos de l’Echelier bottling almost never happened. After putting it up for sale in 2012, the local Saumurois owner of the Clos de l’Echelier vineyard did not initially want to sell it to Germain, who grew up outside of the Loire, in a Bordeaux wine family. Thierry, however, was no carpetbagger and he convincingly communicated his extraordinary devotion to his adopted region. He told the owner how he had toiled in Saumur for two decades already and how he now farmed biodynamically and organically, with the utmost respect for the vines. He expounded on his aim to help bring the Loire Valley to its deserved place alongside the great wine regions of the world. Finally, he told the owner one other thing that might have sealed the deal.
Years before, Thierry and his wife had driven past the clos, which dates back 300 years, and had fallen in love with it immediately. It is called the Clos de l’Echelier—the ladder enclosure—because of the way the vineyard slopes, making the stakes look like a ladder from afar, and because it is surrounded by an old stone wall. Thierry believes strongly in “le bon sens paysan”—farmer’s wisdom—and he argues that hundreds of years ago, farmers identified the best vineyards and encircled them to mark the high quality. Another special feature of the site was the abundance of old cherry and oak trees in and around the clos, which Thierry says boosts the biodiversity and health of the vineyard. “[The trees’ presence] is the only element that gives light to the soil. Without light, there is no life.” After seeing it, he told his wife that one day he would buy this magical vineyard for her. Moved, the owner ultimately sold it to Thierry.
The result of Thierry’s purchase is extraordinary. In general, his reds are fresh, ethereal, and expand the possibilities of Cabernet Franc, without abandoning or overriding the variety’s integrity. They appeal to both Cabernet Franc lovers and those who claim not to like the grape. The Clos de l’Echelier might be his best example of this.
Year after year, this cuvée from 40-year-old vines planted in chalky clay and limestone is Thierry’s most mineral rouge, whose stellar acidity leaves your palate cleansed and salivating. The 2013 bottling is remarkable considering the very challenging conditions of that vintage in the Loire. Red fruit and earthy, chocolatey notes combine in a glass of distinguished and delicious middle age. The warmer, drier 2015 led to a bottling that is slightly richer and fuller than 2013, but still thoroughly fresh and elegant because Thierry likes to harvest early, preventing the grapes from overripening. Thierry considers the 2015 Clos de l’Echelier to be one of the best bottlings of his career and it will evolve beautifully for years. The 2016 and 2017 will also be tremendous cellar candidates with more grip and tannin now than 2013 and 2015, but even these are pure and charming now.
If you are not yet familiar with the gorgeous, world-class, Loire Valley reds of Thierry Germain, there is no better time to get to know them.

Added to Your Favorites Add to Favorites
Shop all wines from 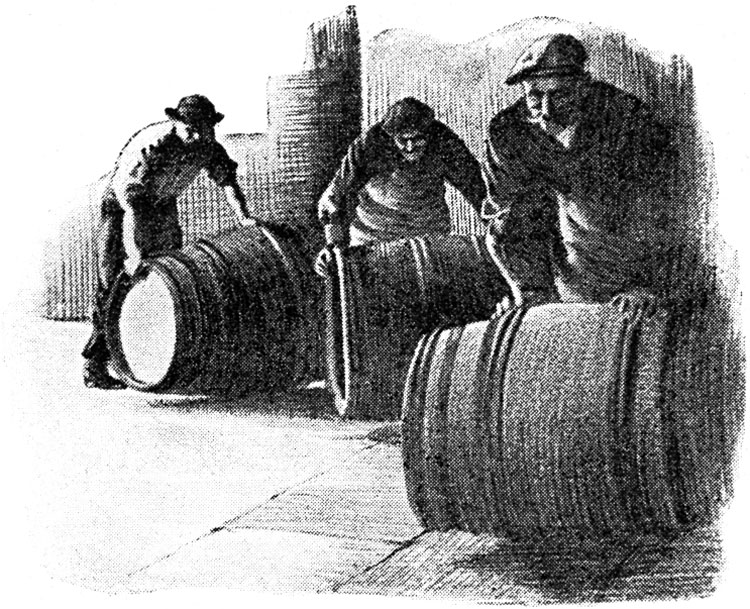