I Pástini: Newly Arrived from Puglia 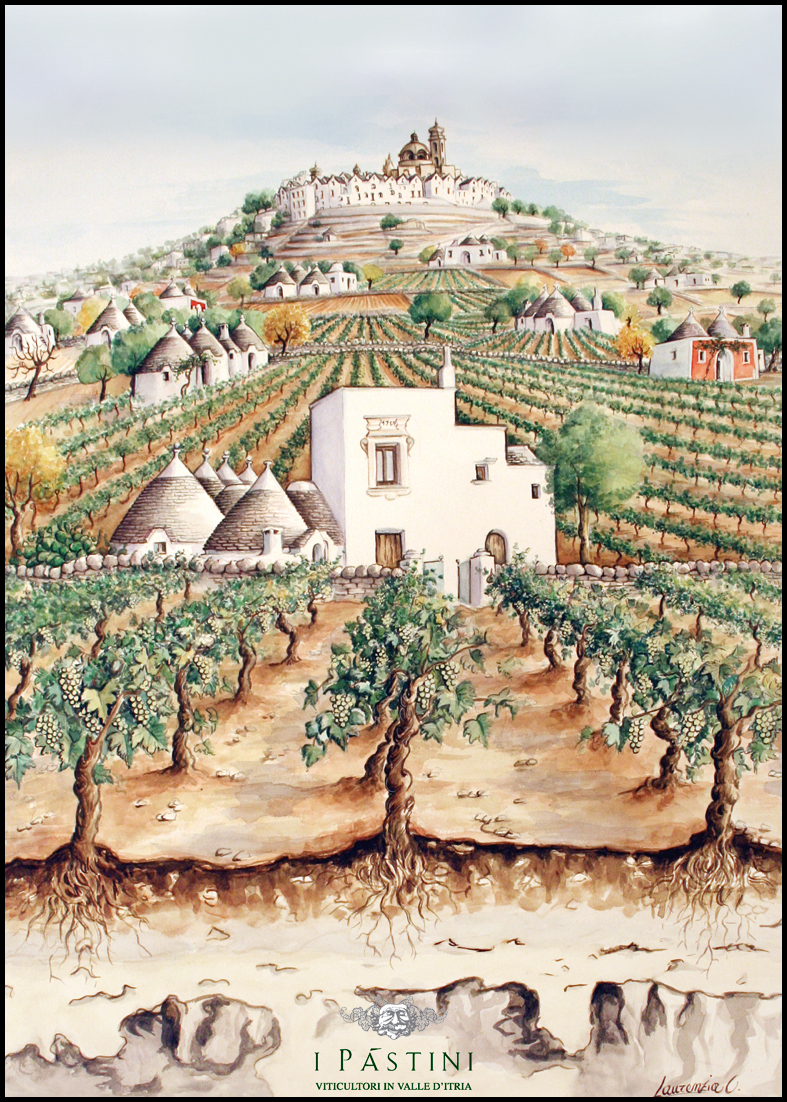 In this segment, we have done our best to highlight what we think are the most exciting developments of the wine world, viewed through the microcosm that is the KLWM portfolio. Young rising stars, new domaines, and the most progressive minds of farming and winemaking have been featured, and now I’d like to turn your attention to an entire region, both in appreciation of its captivating wines and as a precursor to more great things still to come.
We have reached a land where olive trees extend as far as the eye can see, their silver leaves glittering in a light breeze against a backdrop of bright blue sky. On a limestone plateau a few hundred meters above the Adriatic, occasional plots of vines break up the olive monotony, with curious white stone huts sporadically poking through the greenery.
We are in central Puglia, gazing at the trulli—old conical structures built from the local limestone, once commonly used for storage and lodging—in part responsible for making the heel of the boot one of Italy’s top tourist destinations. But we have come to this area, known as the Valle d’Itria, for another regional specialty: crisp, aromatic wines, mostly white, made from indigenous grapes. Truly delicious ones, and quite reasonably priced at that.
The vineyards and winery of I Pástini sit just outside the historic center of Locorotondo, a hilltop village distinguished by its whitewashed façades and quaint little alleys. Mere miles from the sea, the Carparelli family farms three local white grapes: Verdeca, Bianco d’Alessano, and Minutolo. The trio comes together in their Locorotondo bianco, a breezy medley of herbs, citrus, and sea salt that’s surprisingly light on its feet. You may sample Verdeca on its own, either as an ethereal, floral sparkler or in the form of a still white, the charming, gulpable “Faraone.”
Minutolo, a native variety the Carparellis saved from extinction, is perhaps the star of the show: delicate and perfumed, scented of candied lime, chamomile, and sea mist, “Rampone” delivers intrigue and finesse we never expected from such a southerly latitude. Finally, the Carparellis bottle an elegant rosato with a deep, vibrant hue and alluring scents of frutti di bosco from the rare red Susumaniello grape.
While we have dabbled in the riches of southern Italy, proudly representing two small family farms in Campania, an assortment of Sicilian gems, and a treasure in Molise—ask about these on your next trip to the shop—the wines of I Pástini have opened our eyes to the unrivaled character and value to be found in Italy’s Mezzogiorno. Beautiful terroir and fascinating native grape varieties abound; I Pástini’s fragrant creations offer an eye-opening and lip-smacking taste of what is possible in the areas home to western Europe’s most ancient winemaking civilization. Given the increasing number of serious producers, you can bet we have not said our last word with regards to southern Italy. In the meantime, a frosty glass of a lemony, flowery Puglian bianco will keep us more than satisfied.

Added to Your Favorites Add to Favorites
$27.00

Added to Your Favorites Add to Favorites
$30.00

Added to Your Favorites Add to Favorites
$26.00

More from the October 2022 Newsletter

by Dixon Brooke
Sometimes I love to think back to what it must have been like in the late seventies at Domaine Tempier. Kermit first traveled there in 1977, after hav...

From the Archives
Tempier Rosé Through The Years 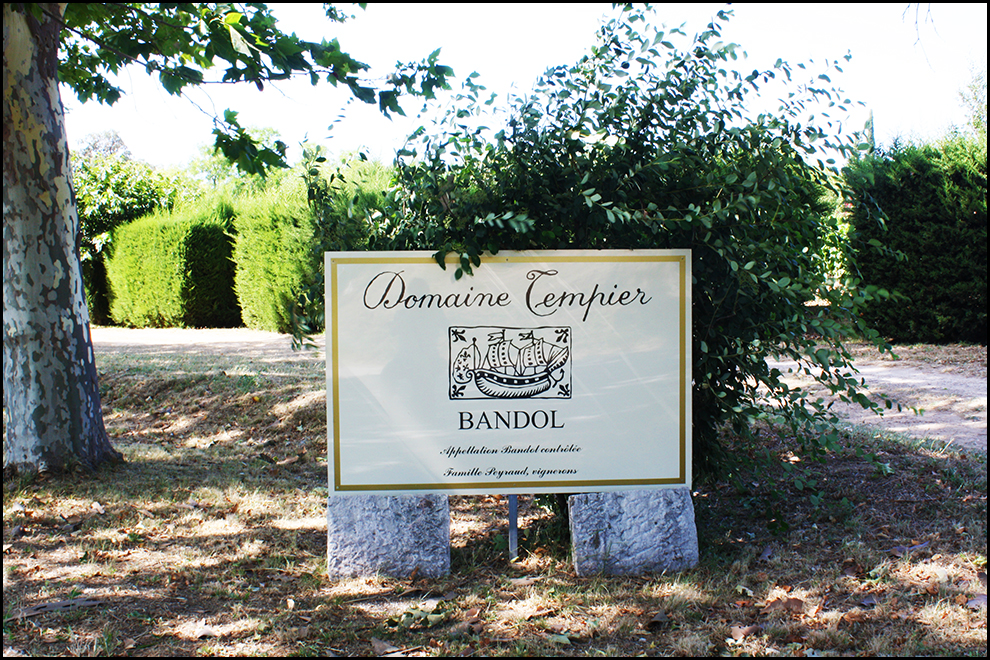 by Tom Wolf
Lower your nose into a glass of this inky rouge, redolent of dark fruit, black olive, and garrigue, and you know immediately where you are . . ....

by Jane Berg
It is the lovely mouthful of stone fruit and hint of lemongrass that make this premier cru so intriguing and fun to drink . . ....

by Anthony Lynch
It’s summer in Provence, and it is HOT. Come mealtime, it’s all about cool salads starring chilled cucumbers, tomatoes, garden lettuces, and just-...

by Chris Santini
It’s that finish that makes most great “island wines” so alluring. When you add some notes of exotic fruit and a round mouthfeel, you’ve ...

by Chris Santini
Perfect with on its own, or with small bites, Sainte Agnès serves as the ideal segue before you reach for a rouge, perhaps Domaine du Vieux Tél...

by Tom Wolf
Standing in the middle of such towns as Ribeauvillé, Katzenthal, or Turckheim—on the outskirts of Colmar—you behold rows and rows of vine...