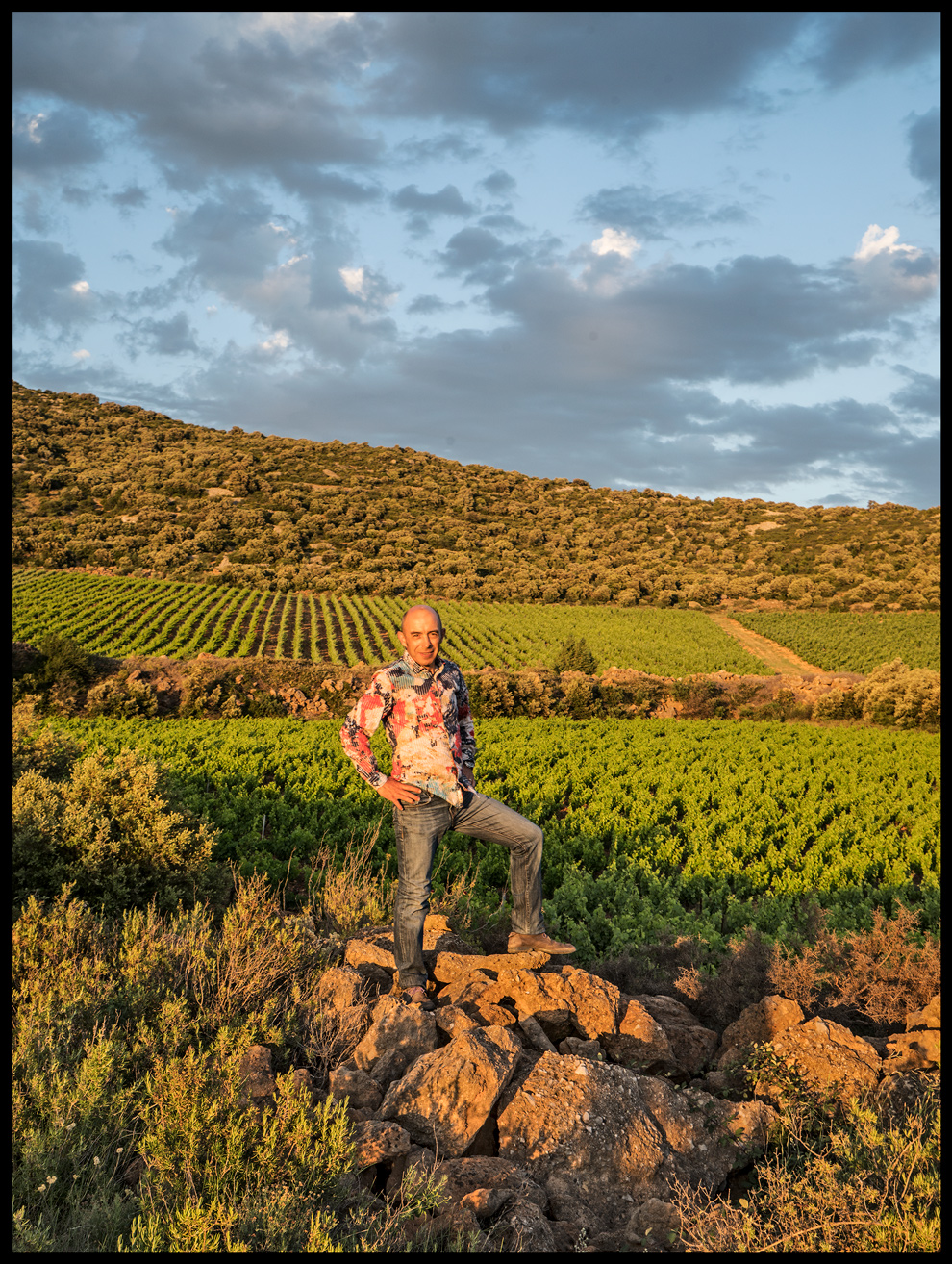 The most beautiful and interesting region of France you have never visited is probably the Languedoc-Roussillon, the wide swath of south-ern Mediterranean France that stretches from the Roman settlement of Nîmes in the east (near Avignon) all the way to the Spanish border. Full of surprises, far more diverse than you would imagine, the region has known the vine since long before Roman times. Wine country here straddles a series of hills and plateaus that are conveniently situated between the mountains and the sea, which explains the freshness you might not expect in the wines from this area. Additionally, the myriad soil and stone types and grape varieties give these vignerons quite the palette of options to work with.
Nobody in our portfolio epitomizes the magic of this special region more than Sylvain Fadat, a blue-collar, salt-of-the-earth vigneron turned artist of the vine and organic agricultural leader in the rustic mountain village of Montpeyroux. Sylvain makes wines with no artifice, raw interpretations of this rugged land refined with skill and steady observation over many years. This sampler offers what we think is truly the best possible introduction to the Languedoc-Roussillon for the uninitiated. I think it is equally compelling to the seasoned connoisseur. Sylvain’s wines can and should be appreciated both young and old.

2017 Languedoc Rosé “Lou Maset” • Domaine d’Aupilhac $18.00
One of the year’s most delicious rosés. Smooth and refreshing.

Value of the Month
Domaine Dupeuble

by Jane Berg
This year, Ghislaine became one of the youngest people in history—and one of very few women—to receive the prestigious Chevalier de l’Or... 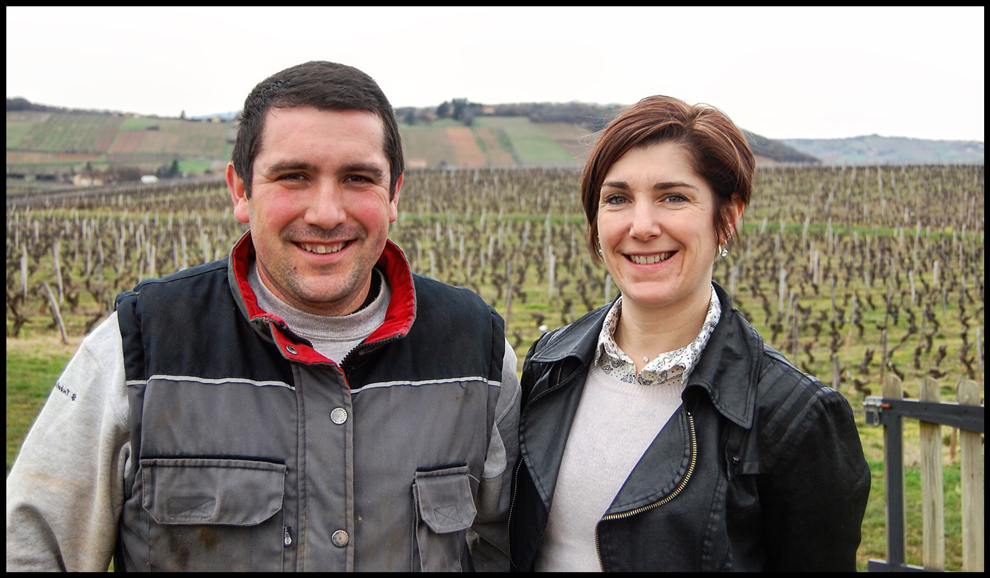 by Anthony Lynch
Young brothers Antoine and Nico at Robert-Denogent are stars of the Maconnais, and rightfully so: they farm incredibly old vines in the region’s top... 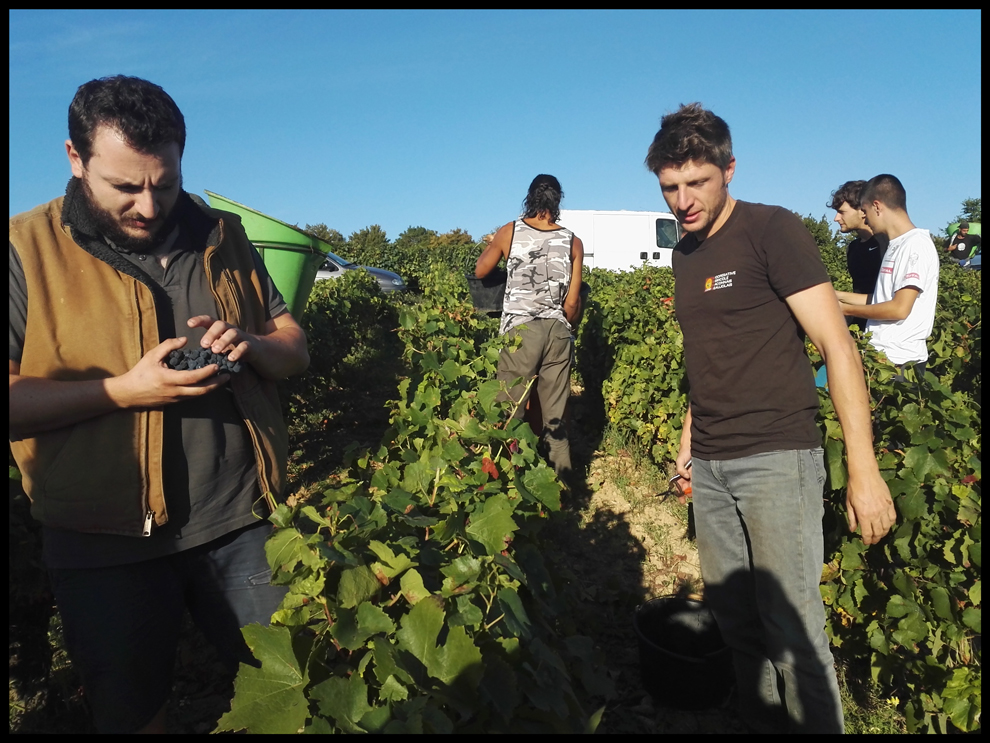 by Dustin Soiseth
Traditionally, blending is the rule, rather than the exception, in Côte Rôtie. Despite the proliferation of single-vineyard prestige cuvées, stalwa...

by Anthony Lynch
Elena Lapini and her husband, Luca Polga, are the type of bon vivants you’d more expect to encounter in the Beaujolais than in Tuscany: down-to-eart...

by Anthony Lynch
Nearly everything we have tasted from this humble little property, almost a kilometer above sea level on the northern slopes of Mount Etna, has blown ...